DEVOUR ME is a short film about the fleeting nature of love. The film follows an unnamed protagonist, known only as "Blunt", as he remembers the relationship he shared with a girl known as "Funny Elbows". The film jumps back and forth through time. We see Blunt in the past, where he first meets Funny Elbows, and then in the present, as he remembers it all. We follow the relationship until its inevitable end, guided by Blunt's words and the romantic imagery of the photography.

What makes this film distinct and standout is the visual style. The film is composed entirely of black and white still photographs. Influenced by the style and ideals of the French New Wave, DEVOUR ME, relies on its romantic imagery, poetic french voice over, and expansive sound design to create a world entirely of its own. The still images give Blunt's retelling of the past, a distant and nostalgic sensibility. 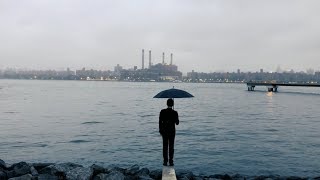